Recently I had a most enjoyable weekend celebrating my birthday.  Strangely, after many years when birthdays seemed largely irrelevant, and even slightly embarrassing, it now seems good to have made it through another year.  Because I planned the weekend instead of waiting for someone else to suggest doing something, I spent it with people I wanted to see and spoke to others who were further away.  It felt really good to have fun and celebrate lasting relationships.

However, there was a grim backdrop to the festivities – the dreadful carnage and terror in Paris, a city close to home where we spent Easter Weekend, a familiar place, now on the list of atrocities carried out by a group of people known by several names.  I’ve been trying to work out what to call them, listening to broadcasters and politicians. Islamic State, Isis and Isil all seem to carry some suggestion of legality, of statehood.  Apparently, Daesh is disliked by the terrorists.  An Arabic acronym, it can also be an insult which can mean ‘to trample and crush’ or ‘a bigot who imposes his views on others’. This name has been used by Hollande and Obama since the Paris attacks.  Today, I kept hearing the term caliphate used, with pictures of troops marching in Raqqa. 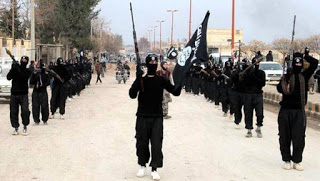 I still don’t know what to call them, or what should be done.  As a child born into post-war austerity, I grew up with bomb sites, railings cut down to stumps for munitions and an awareness of what a terrible time it had been for my parents.  Later, I learned about the first world war, and how lucky both my grandfathers had been to survive it.  As a teenager, I became aware of the threat of nuclear war, with talks at school about how to build a shelter under the stairs, then the Cuban missile crisis and that day when we thought the world might end.  I joined CND (I’m still a member) and have consistently opposed all the wars to which the UK has sent troops.  I feel the same this time – although an enemy which defies identification and strikes where least expected is almost impossible to engage with.  It has young people willing to die in suicide vests.  Bombing will inevitably result in civilian deaths.  I’ve just been listening to Emile Zola’s Blood, Sex and Money  (BBC radio adaptation of his novels) in which ordinary people try to bring about social change through fighting.  It always ends in death and tears.

I suppose getting older and having lived through decades of history, several things happen.  You know you don’t want to wear or furnish your home with anything ‘retro’ or ‘vintage’.  You realise that no-one learns from history and that most things that happen have happened before.  I feel my world has shrunk a little.  I am very unlikely to travel to India or South America, primarily because of health issues, although holidays in the Canaries and Seattle are planned for 2016.  I spend my time doing things that make me happy (art classes, knitting, shopping. and drumming) and being with my family and close friends.  Of course I still care about what goes in the wider world and do what I can to help.

As well as CND, I’m a member of Amnesty and support several charities, I sign petitions, vote in elections and read the The Guardian and The Observer.  I listen to news and discussion on the radio. But what I love most is to be in the moment, with my little grandson, seeing the world through his eyes.  The moon is a thing of wonder to him just now, as he sees it change shape as the days pass. I’m glad he’s not old enough to have seen and understood  John Lewis’ Christmas advert about the man on the moon.  Last year’s penguin one was so much better.  This year I bought myself a Christmas jumper (a new departure).  It has penguins on it. 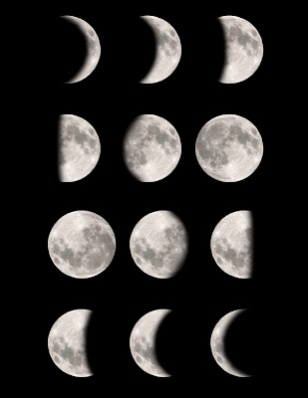